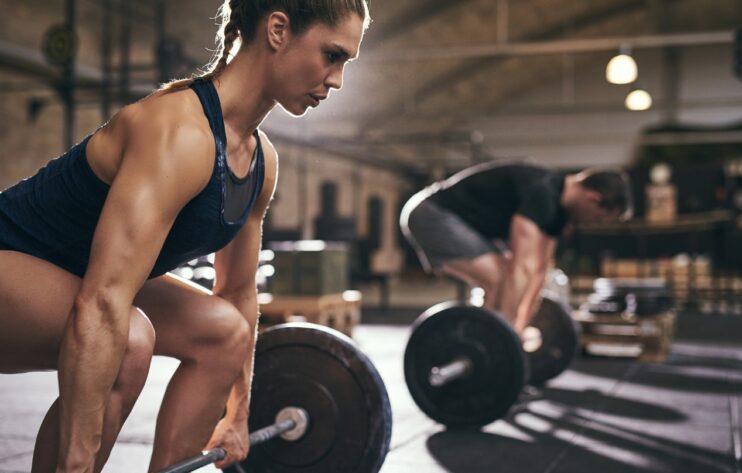 I learned a lesson about how strong I really was training for my sophomore football season in college. I was at World’s Gym by my school, all pumped up and feeling good about myself doing my ego booster exercises like Smith Machine bench and squat.

Out of nowhere this mountain of a man came up to me and said, “That looks pretty good but what is it going to do for you on the field?” Now, this guy was big but he didn’t look like a bodybuilder so I didn’t pay much attention to him.

He took the weight I had on the Smith Machine and put it on the bench. Now instead of 8 reps, I struggled for 3. At the squat rack it was even worse, and getting buried was a humiliating experience. After I picked myself up he said, “What’s the use of all those muscles if they can’t move any weight?”

He challenged my manhood and told me to train with him and find out where it would get me. Well six months later it goes me all-conference in Division I-AA football as a sophomore and three years later it helped me get to the pros.

That one month turned into a whole summer of blood, sweat, and tears with my new friend screaming, “Dig in, dig in. It’s time to be a man. Big and strong baby!” That summer changed the way I trained for the rest of my life. I continue to use powerlifting movements as the basis of my training. Here are some examples of what these movements can do for your game.

Once you explode off the line you shoot your hands into someone’s chest plate, read the play, disengage from your blocker, and get to the ball. To disengage you have to press your opponent off you and lock your arms out to keep him off you. What movement is this? The bench press!

Not the Smith Machine bench or the Cybex press, just the good old straight barbell bench press. Raw power at its finest. The stronger my bench got the quicker I could disengage from my blockers. I found it easier to split double teams as well. Think about it, if you can lock out on linemen coming to block you they won’t be able to get into you, never mind block you.

For linemen strong, powerful legs are a must. In the fourth quarter of the game, the man with the most left in him will win. Squatting will get your legs and glutes strong and conditioned. With strong quads and glutes, you increase your speed and balance, making it harder for blockers to move you.

Squat till you drop and you’ll be snapping off the ball in the fourth quarter, the same as you were the first! Mentally when you’re getting under the bar to squat 600 lbs you have to be focused and intense or you will get buried. Squatting isn’t the same as some leg press machine that everyone loads up and reps out on.

Doing powerlifting exercises will not only increase your power and explosiveness but will also prepare you mentally for big challenges like the ones you’ll face on game day.

Here is a brief workout program for a lineman to try. It may not be what a powerlifter would do, but for a lineman who is also doing sprints and agility four times a week this is plenty, trust me.