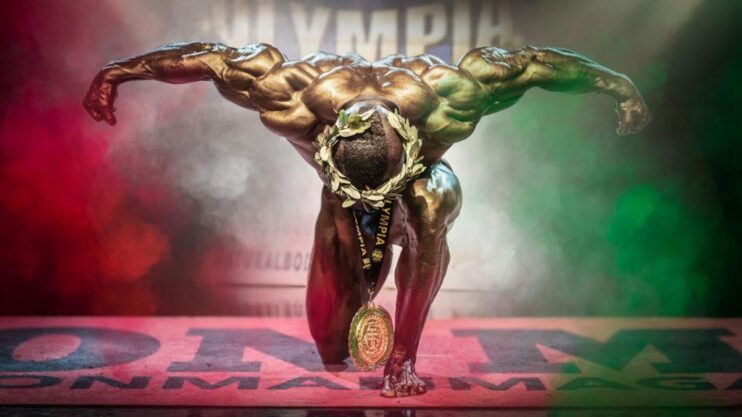 The sport of bodybuilding and the glamour of casinos have been joined at the hip for more than a decade. Ever since Ronnie Coleman won his second consecutive Mr. Olympia title at the Mandalay Bay Resort and Casino on October 23, 1999, the sport’s premier event has been held at the glitzy environs of Las Vegas, the gambling capital of the world. Indeed, casinos have emerged as an integral component of the entire spectacle of bodybuilding.

It actually makes sense on a lot of levels. From land-based establishments like the aforementioned Mandalay Bay to BetFair online casino rooms – even those regular Cirque du Soleil performance venues – foster a larger-than-life philosophy that demands bigger and bigger attractions. Bodybuilders are obviously larger-than-life creatures with a near-maniacal drive for hard gains and bigger muscle mass. Additionally, casinos and bodybuilding have a strong element of illusion; they promote the fantasy of life-changing gains, when in truth, only a gifted and lucky few can truly achieve those rewards. Essentially, casinos and bodybuilding celebrate excess just for the sake of excess.

Nowadays, bodybuilding events of all levels are usually held at local casinos. The state of Washington is home to a couple of casinos that actively promote bodybuilding competitions: Spokane’s Northern Quest Resort and Casino (which was the venue for the Empire Classic) and Shelton’s Little Creek Casino Resort for the 2013 Northwest Championships. Harrah’s Casino in New Orleans had previously hosted the American Bodybuilding and Fitness Federation (ABFF) Pro Louisiana 2012, while Alaska’s Snoqualmie Casino set the stage for the 2011 National Physique Committee (NPC) Emerald Cup bodybuilding contest.

On a slightly larger scale, Columbus, Ohio’s Hollywood Casino regularly hosts the Arnold Classic, hailed as one of the most prestigious professional bodybuilding competitions in the world. Through the years, the Arnold Classic has expanded into the Arnold Sports Festival, a multi-day fitness festival featuring 45 sports and events, including 12 Olympic sports. Around 175,000 sports fans from around the world flock to the Arnold Sports Festival every year; this influx of tourists has pretty much been a huge benefit to the popularity and credibility of the Hollywood Casino as an exciting destination. It’s very likely that some of those sports fans tried a game of baccarat or a few rounds at a slot machine and ended up getting hooked.

It seems like the palpable adrenaline rush – from competitors and spectators alike – from a tightly contested bodybuilding showdown can only be contained in the neon-lit, over-the-top atmosphere of a jam-packed casino. It’s almost unimaginable to witness these ripped freaks of nature strut and flex their meticulously toned physiques anywhere else.