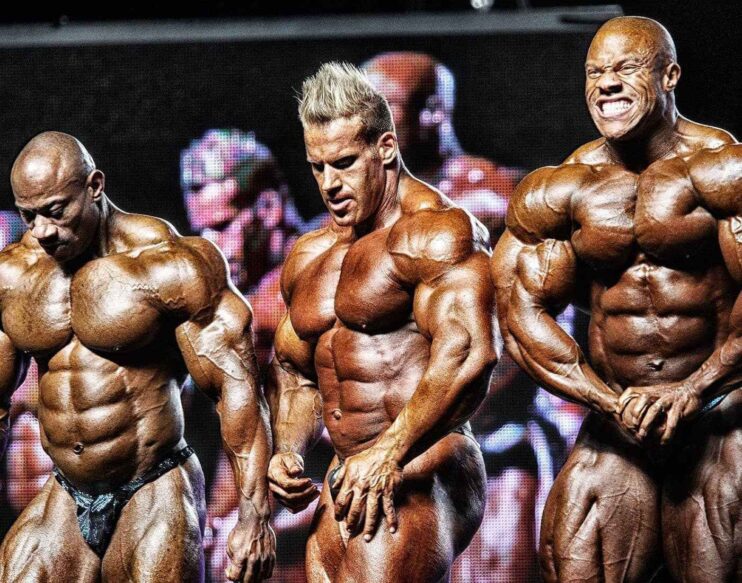 Bodybuilding artist Jake Jones has been training and competing in both Bodybuilding and Powerlifting since 1987. His introduction to the iron game came at age 14 from his father, Lennie Jones, who maintained a small home gym in the basement of the families Laurel, MD townhouse. The entire workout area was probably 10 x 10 but it housed a bench, squat racks, a pull down machine, a dip/chin stand, a preacher bench as well as a variety of dumbbells, barbells and a few hundred pounds.

The basement served as the gathering spot for area muscle heads in search of a no-frills workout: heavy weights, loud music and high intensity. Old school. During these early years Jake progressed from a bodyweight of 155 at 6-foot-2 to a solid 185 at age 17. Stomach-emptying workouts with Tim Brown, James Booth and Doug Fortner still resound in Jake’s mind. At age 33, Jake currently maintains a bodyweight of 225-pounds and has accomplished best lifts of a 555 squat, a 385 bench press and a 580 deadlift in competition.

Jake’s first experience with lifters in a “big gym” came from occasional Saturday trips to the Gold’s Gym in Wheaton, MD. It was here that Jake first realized how much muscle and how much weight the advanced trainee could carry and lift. “I remember seeing this huge Thor-looking guy with long blond hair repping out squats with 315 and I thought that this was something unattainable (at the time I was squatting with nearly 100 pounds less and struggling.)

These visits opened my eyes and provided both inspiration and motivation.” It was at this Gold’s Gym that Jake attended his first IFBB Pro seminar and it was with the legendary Tom Platz (the original Quadzilla!) Jake remembers the aura that Platz seemed to have in the gym and even though he wore a loose fitting sweat suit his incredible thighs and calves were easily visible beneath the fabric. Halfway through the seminar an audience member asked Platz if he was going to pose. Platz obliged.

Jake remembers Platz looking like a living He-Man doll, even with no pump or oil. He didn’t look human! Also in attendance was fellow IFBB pro Ron Love who had shoulders the size of boulders that didn’t seem real. Jake’s next pro spotting was Mike Christian at the Mr. Maryland competition where he was guest posing. Jake remembers seeing big Mike walking down the aisle to his seat with the neck of his sweatshirt cut out and those trademark monstrous traps sticking out like two chicken breasts on end. No need to see his face – you knew it was Mr. Christian.

Currently residing in Northwest Ohio, Jake is a regular fixture at the Arnold Classic competition in Columbus, OH – just a few short hours from his home. Jake currently work full time as a newspaper artist by day and a freelance illustrator and father of two at night. His work has appeared in MuscleMag International, PowerMag Magazine and Jeff Everson’s Planet Muscle. Jake served as Creative Director and Co-Publisher of PowerMag Magazine for 14 issues and is the former owner of Heavywear, a website selling his line of clothing that featured his original bodybuilding artwork (currently owned by House of Pain). He is the artist of the recently established Aloha Muscle Bodybuilding contest in Hawaii, designing the posters and logos for the event.