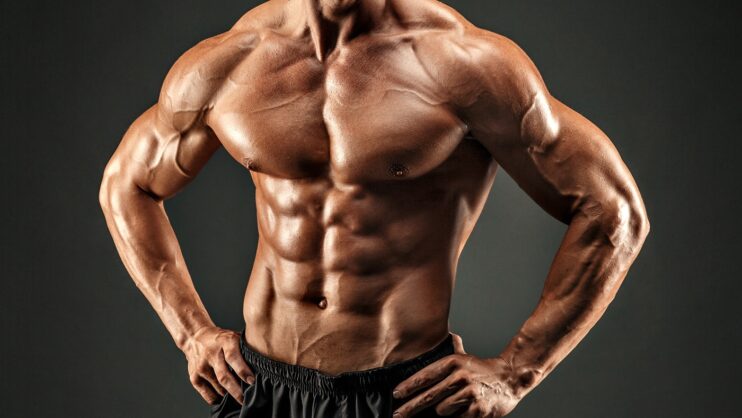 First, let me introduce myself. My name is Jim Smith and I live in Yorktown, Virginia. I’ve been lifting for years and am always ready to experience new techniques and ideas. A little over one year ago I discovered odd objects and let me say things have never been the same. I’ve been training iron weights and also using rocks, sandbags, kegs/barrels, farmer’s walks, beams, overhead carries, and even waiter’s walks with a thick handled dumbbell. I have gained more ‘real’ world strength than ever. You know the kind of strength you can use outside of the gym. Since I’m a personal trainer, my clients have also reaped the benefits of odd objects.

Finally I remembered reading about the ‘iceman’. That’s the guy they found from five thousand years ago frozen after receiving deadly wounds from some ancient battle. This guy was about five foot tall or less when alive and only weighed 115 lbs, yet when they rebuilt his bow it had a 90 lb draw. You may be saying, “Okay he was strong, but there are lots of guys out there who could pull 90 lbs.” Well you are correct, but there are few guys out there who could pull 90 lbs and carefully take aim then release it with precision enough to consistently feed themselves. At least I haven’t seen them. So I’m thinking what made this little guy so tough. He was a hunter/gatherer. That means besides hiking for miles and killing prey then cutting it up he had to haul it back to his camp. Which could have been many miles away.

I said to myself I could simulate a heavy long haul. Since I have 100 yards marked on the street in front of my house for sprinting and other carries, why not do a distance carry? So I started every week on non-lift days carrying for distance. I would carry 100 lb sandbag for 1860 yards. I picked this distance because I wanted to carry for at least a mile. It is thirty yards out to the line and if I go 100 yards over a mile I can carry it in and be done with it. The first few times I did it I was dying, but eventually it became tolerable. I did this for a few weeks while lifting on M-W-F. After a time I went back to other lifts and laid off distance carry for a while. Then I decided my workout partner needed this experience. So I put distance carry every other time. Needless to say he was shocked at how hard it was.

My best time was 14 minutes and 24 seconds. After that we laid off it again. We let a month go by and decided to carry for distance again. The day previous it was around 45-50 degrees, I thought great the temperature ought to be nice for carries. The next morning when I woke up it was 25 degrees; since I had told my partner we were distance carrying I decided we still were. I put on my layers and set up my Russian hat so that I could flip it back and let it hang down my back when it got hot. The Russian hat is the kind with the earflaps that tie down, so what I did was tie them together at the ends. We warmed up and picked up our 100 lb sandbags each and headed out. What we do is go out 100 yards turn and come back over and over. We usually do 200 yards bear hug style, and then swing the bag to a shoulder for 200.

Then switch to the other shoulder for 200 and repeat nine times. Well on the first switch I knew I was in trouble as my hat twisted half over my eyes. I was trying to keep up my speed while pulling the hat off my eye. Then things went downhill from there as I switched shoulders the hat turned and the ties tightened on my neck. Great I thought now I’m being throttled. So there I was freezing in the dark (05:00 hrs) as a “noose” was slowly choking me while people drove by on their way to work. I knew what they were thinking here goes that crazy guy and his friend carrying sandbags in the cold. I thought to myself how I had just posted about mental toughness on my forum. Well now was the time to put my money  where my mouth was. I reached inside myself and got in touch with my ‘inner dino’ and forced myself to go on.

Each time I shifted the position of the bag there was a new treat just waiting for me. Finally I shifted the bag to bear hug for the last time and my hat was pulling my neck in a way that was not going to benefit me. In other words if I didn’t do something I’d get whiplash. So I squatted down quickly, laying the sandbag across thighs and grabbed my hat and threw it on the side of the road.

This whole time I was slowly loosing feeling in my hands from the cold. I hadn’t really noticed until I felt the bag sliding out of my arms. So with my numb hands I heaved the bag up to my shoulder. Since I couldn’t really feel what I was doing it went all cockeyed. Oh yes, this was a different kind of battle. My body by this time was trying to convince me to give up. It was I against myself, willpower against weakness. I trudged out the remaining few hundred yards on sheer will power. I barely made it in before my hands temporarily ceased functioning. I hit the timer and saw that I was amazingly only a little over two minutes slower than my best. I had thought I’d be closer to ten minutes slower.

I’ve been thinking a lot about that carry and know that the carry itself is something that just about anyone who lifts could do. The thing is they have to want to bad enough. I realize that the main thing I accomplished is I showed myself that if you don’t give up you could do anything. I hope my experience gets others to try sandbag distance carries. They aren’t just a strength thing and they definitely aren’t just endurance. Sandbag distance carry is a singular event. Once you do it I guarantee you’ll never forget it. You’ll also have taken your will power to the next level, which will benefit you in everything.