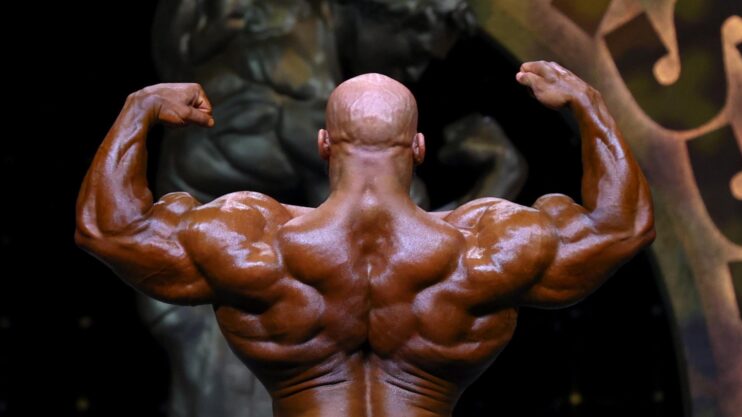 It was a spectacular and historic evening for the sport of bodybuilding, as Ronnie Coleman took his sixth straight Mr. Olympia title in Las Vegas Saturday night. In a night that included a visit from California governor-elect Arnold Schwarzenegger, Coleman’s 287 pounds handily disposed of Jay Cutler, who finished runner-up to the defending champ. Finishing third was Dexter “The Blade” Jackson and fourth was Dennis James. The full results are below.

The sold-out crowd at the Mandalay Bay Events Center was thrilled with the surprise visit from Schwarzenegger, who told the crowd, “I feel like I’m home again.” Arnold went on to thank Joe Weider for giving him his start in the U.S. and then helped Joe bestow the special Olympia medals to all 16 competitors.

Later, Arnold brought the house down by clowning with longtime friend and two-time Mr. Olympia Franco Columbu, who received two special awards from the IFBB. Quipped Franco: “I’m happy that I got two awards and Arnold got nothing.”