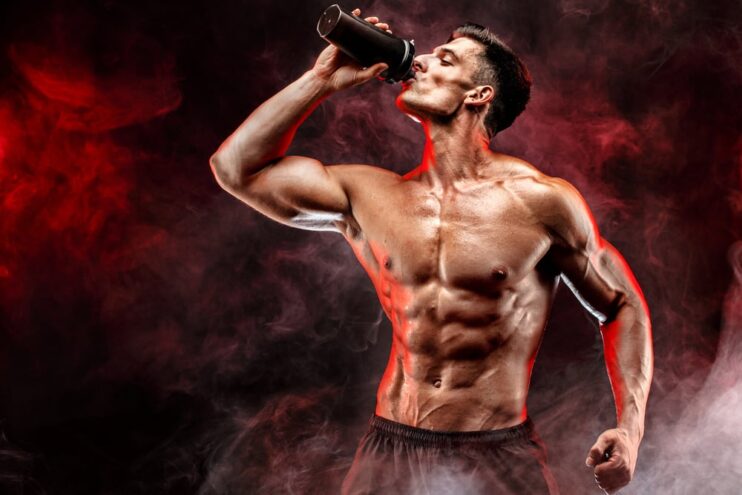 I recently interviewed Bryan Kernan, author of “Supplement Secrets Revealed”. This manual is getting rave reviews, many are calling it the most important and revolutionary book ever written on the topic of bodybuilding supplements. I feel that you will find Bryan’s knowledge extremely helpful in achieving your drug-free bodybuilding goals. Paul: Tell us a little bit about yourself.

Bryan: I have been involved with bodybuilding for the past 10 years and I have seen fads, trends, and scams come and go. I’ve literally spent thousands of dollars on supplements, magazines, training systems, diets and weights in my effort to find the most powerful way to put muscle on fast.

Paul: Give us an example of what you found out?

Bryan: The biggest problem of the supplement industry is they give no thought on how to design supplements. They throw something together and create a great sounding story to sell their new product to unsuspecting bodybuilders. You’ve seen the ridiculous claims made in advertisements for supplements in magazines.

Of course, if you dispute any of their claims, they can quickly show a scientific study that “proves” it does what is advertised. The truth is, these advertisements are only telling you part of the story.

They conveniently forget to tell you the study that “proves” beyond a shadow of a doubt the supplement works, was performed on some sickly person in the hospital who would have probably gained muscle on anything you gave them. One supplement company president actually bragged, “I can put sugar in a pill and sell it as a muscle builder and bodybuilders would still buy it.”

The problem is that most supplement users don’t give any thought to designing an effective supplementation program. They see an advertisement in the magazines about some “hot” new product.

They try it out for a few weeks and move on to the next item of choice. This is not the way to construct a supplement routine. With very little thought and money you can design a routine that far surpasses any of these advertisements claims.

Paul: What would you consider the “Ideal” Supplement Routine?

Paul: Give us an example of correctly timing taking supplements?

Bryan: OK, for example, growth hormone releasers. Growth hormone is released in small bursts throughout the day, with the most being released 60-90 minutes after falling asleep. But, high blood sugar levels are antagonistic to growth hormone release. Therefore, if you eat carbs late at night this will suppress the effects if you take a GH releaser before bed.

Paul: How much difference do you think a correctly timed and cycled supplement program can make for the average drug-free bodybuilder?

Bryan: In terms of results, supplementing in a correctly timed and cycled manner, as opposed to “flying blind,” is what most people are doing. Individual responses vary. But, I will promise if you follow my supplement recommendations in the letter. You will experience dramatic changes in your physique from at least 5 lbs. all the way up to 25 lbs.

Paul: Cool! How about another tip?

Bryan: Branched Chain Amino Acids (BCAA’s)- I am amazed that some bodybuilders refuse to use this supplement because they believe it is “old” news. I saw an email to the president of a large supplement company asking him if they were going to make a BCAA product because the one he was using was working so great.

What was the president of this supplement company’s response? “That’s old technology we are working on ‘cutting-edge’ stuff.” Translation: There’s no money in it for us even though it obviously works great as you say. I say if it puts on muscle, who cares what it is as long as it’s safe!

The mistake people were making before was not consuming enough of a dosage. 0.20 grams per pound of body weight taken during your workout will yield great strength gains.

Paul: Thanks. What do your think the future holds for supplements?

Bryan: I am hoping supplement companies will start looking at the reaction of supplements already in existence. For example, taking two highly potent supplements and combining them into different stacks and mixes so they produce more than the two would by themselves. For example, we know that the addition of dextrose increases the absorption rate of creatine. In this case 2+2 doesn’t qual 4. It equals more like 6 or 7.

There are a lot of other supplements out there that lend themselves to synergy like the example I described. That’s what my book is all about – mixing effective supplements to create a synergy of supplements. Just one of these synergy combinations can have explosive results.

Paul: Thanks, again Bryan! This is one of the most powerful and comprehensive systems I have ever seen for natural bodybuilders. This truly may be the closest you will ever get to “steroid-like” results from your supplement program.

If you found this interview interesting, then you must read our article on how to test your body fat percentage.